Articles Ready for the Coming Persecution?

Whether we want to see it or not, persecution is soon to fall on us, IF we have the courage and backbone to be faithful to God. I just had a refresher on the subject of PERSECUTION.  If you haven’t read it lately, reread Chapter 2, in Spirit of Prophecy, Volume 4 ~ “Persecution in the First Centuries.”

As Adventists, we should not TRY to bring persecution on ourselves…. “The Lord said of Paul, ‘I will show him how great things he must suffer for My name’s sake.’ It is not the trials we make for ourselves, nor the persecution we bring upon us by our own course, that counts, but the trials and persecution we endure for Christ’s sake.” Pacific Union Recorder, December 5, 1901.

Yet, if we do the right thing, we can expect persecution. When Paul wrote to Timothy, he said, “’Watch thou in all things, endure afflictions…’ He therefore admonishes him to … endure with cheerfulness the opposition, reproach, and persecution to which his faithfulness would expose him…” Sketches From the Life of Paul, pg. 325.

Until recently, America has had a Government that protected religious freedom, but with this past Presidential election, that all changed. Now, the Deviants of Society are the ones who will be protected, if this so-called Equality Act passes the Senate and Christians will no longer be free to speak or live out their religious convictions without threat of persecution.

Homosexuality, Transgenderism and every other Sexually Deviant ISM…

will be protected by law, and those who speak out against these things will risk real persecution.  The Sabbath is not the only issue we as Adventists should not compromise on. It’s right to compromise where we can without sacrificing TRUTH, but to compromise when TRUTH is at stake is to invite a “fearful peril.”

“Now was the church in fearful peril. Prison, torture, fire, and sword were blessings in comparison with this. Some of the Christians stood firm, declaring that they could make no compromise. Others reasoned that if they should yield or modify some features of their faith, and unite with those who had accepted a part of Christianity, it might be the means of their full conversion. That was a time of deep anguish to the faithful followers of Christ. Under a cloak of pretended Christianity, Satan was insinuating himself into the church, to corrupt their faith, and turn their minds from the word of truth.” 4 Spirit of Prophecy, pg. 43.

Just as it was in the first centuries, so it is today.

And the Prophet goes on to say….

“They (the faithful few) dared not tolerate errors fatal to their own souls, and set an example which would imperil the faith of their children and children’s children. To secure peace and unity they were ready to make any concession consistent with fidelity to God; but they felt that even peace would be too dearly purchased at the sacrifice of principle. If unity could be secured only by the compromise of truth and righteousness, then let there be difference, and even war.” 4 Spirit of Prophecy, pg. 46.

I believe the acceptance of Homosexuality, Transgenderism, etc as optional lifestyles would be no less than to “tolerate errors fatal” to our souls and would “imperil the faith” of our children and grandchildren.

Ellen White goes on to say what a blessing it would be if the same principles that those early Christians had, we had, today.  “Well would it be for the church and the world if the principles that actuated those steadfast souls were revived in the hearts of God’s professed people.”4 Spirit of Prophecy, pg. 46.

Our religion needs to be PRACTICAL otherwise it is really good for nothing. So let’s think about it…what would/will you do if one of your children or grandchildren comes to you and tells you that they are living the homosexual/trans lifestyle?  Before the Biden Presidency, you were safe to follow your convictions and tell them that your love for them will never change, but that the lifestyle they have chosen is going to exclude them from Heaven….but now, to say that, is to risk persecution.  Think about it…what are you going tell them?  Will you tell them the TRUTH?

Or what if your neighbor sells his house and the people who buy it are living the homosexual/trans lifestyle, and in the course of a conversation with them, they ask you what you think of their lifestyle. Will you beat around the bush, or will you tell them the TRUTH? And don’t take me wrong, if they don’t ask, it’s better to avoid that subject until you can build a relationship with them, but if they do ask, do you have the backbone it takes to be honest with them? It’s the PERSECUTION that is going to PROVE US.

Persecution is what PURIFIES the Church.

As hard as it will be, it will be the best thing, as it will help to get the Church ready so that Jesus can return. We need to prepare now, so when these issues come up, and they will….in our families, churches, local governments, etc…we will have thought about these things, and will have decided before the crisis hits, if this is an issue that we shouldn’t compromise on.  Be sure to pray and ask God to give us wisdom and strength to be faithful to Him and to truly be the SALT in this LOST EARTH. The best way to prepare for what is coming, is to live up to all the light God has shed on our pathway, then He will continue to give us more light.

What is Jesus Waiting For?

I believe that the only thing Jesus is waiting for to return is a PEOPLE who are ready for Him.  “Christ is waiting with longing desire for the manifestation of Himself in His church. When the character of Christ shall be perfectly reproduced in His people, then He will come to claim them as His own.” Christ Object Lessons, pg. 69.

The World is bad enough…it doesn’t need to get any worse…but sadly, His people are not ready…  Did you know that it is within our power to speed up or slow down the Second Coming? “It is the privilege of every Christian, not only to look for, but to hasten the coming of the Saviour.” Acts of the Apostles, pg. 600.

It’s going to get WORSE before it gets BETTER!  We know that!  Take heart!  Jesus is coming soon!  Be faithful to the end! 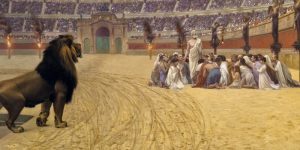 And if you liked this article, you may also like this one….as it tells us what we can do to change things in America ~

What are “Homeopathic Medicines”?
4 Comments

Does the SDARM Church Teach the TRUTH in Regards to DIVORCE/REMARRIAGE?
1 Comment