Abortion Some History On Abortion Within Adventism

I remember that fateful Sabbath afternoon so clearly.  Al & I were in Collegedale, TN and it was announced that Neal Wilson, the then General Conference President, would be having an open forum, Question & Answer session in the afternoon at the large College Church.  We thought that sounded interesting and would be a good way to spend to spend Sabbath afternoon, so we decided to attend it. This was back in either 1980 or 1981, 40+ years ago now.

Most of the questions asked at the meeting, I don’t remember at all. But there were two questions asked that stick clearly in my mind today. The 1st one was, “Why are Adventist children in _______ (some Communist Country, don’t remember which one it was) going to school on Sabbath? And the answer was, “They have no choice.” I don’t believe that his answer was in harmony with Inspiration at all ~

Our brethren cannot expect the approval of God while they place their children where it is impossible for them to obey the fourth commandment. They should endeavor to make some arrangement with the authorities whereby the children shall be excused from attendance at school upon the seventh day. If this fails, then their duty is plain, to obey God’s requirements at whatever cost. CCh 268.4
Some will urge that the Lord is not so particular in his requirements; that it is not their duty to keep the Sabbath strictly at so great loss, or to place themselves where they will be brought in conflict with the laws of the land. But here is just where the test is coming, whether we will honor the law of God above the requirements of men. This is what will distinguish between those who honor God and those who dishonor him. Here is where we are to prove our loyalty. The history of God’s dealings with his people in all ages shows that he demands exact obedience. CCh 268.5
If parents allow their children to receive an education with the world, and make the Sabbath a common day, then the seal of God cannot be placed upon them. They will be destroyed with the world; and will not their blood rest upon the parents? But if we faithfully teach our children God’s commandments, bring them into subjection to parental authority, and then by faith and prayer commit them to God, he will work with our efforts; for he has promised it. And when the overflowing scourge shall pass through the land, they with us may be hidden in the secret of the Lord’s pavilion. CCh 269.1

But it was the 2nd question that caused me to look differently at the Church I had been born and raised in, different than I had ever seen her before.

If you are interested in the history of when and how and why the Adventist hospitals started performing abortions, please take the time to read THE WISDOM OF SOLOMON? OR THE POLITICS OF PRAGMATISM: THE GENERAL CONFERENCE ABORTION DECISION 1970-71, BY GEORGE B. GAINER    George takes you all the way back to the early 1970’s when abortions first started taking place within Adventist hospitals….The Adventist Church did a masterful job at keeping this horrible ugly abomination a secret for the the better part of 3 decades. But as more and more people had access to the internet, it became impossible for them to keep it a secret forever.

Another factor I learned a few years back is that 45% of the members of the SDA Church in America vote for and/or support the Democrat Party, and Abortion is the Democrat’s FLAGSHIP principle that they will fight to the death for…so almost 50% of the members of the Church are OK with and even support Abortion!  That was shocking to me.  Here is another link that shows about the same information.  So, that translates into nearly 50% of the Church is Pro-Choice…I believe this is a huge factor, again, that boils down to $$$, as to why the Church supports abortion. If the Church came out clearly Pro-Life, it would anger nearly 50% of the American members…many of who would stop paying their tithe to the Church.  To keep the money flowing into the coffers, the Church has resorted to talking out of both sides of its mouth, trying to keep both, the members who are Pro-Choice and the members who are Pro-Life, happy. The General Conference has REFUSED to bring the Abortion issue to a vote at the General Conference sessions held every 5 years.

And recently, with the Chinese Corona Virus Plandemic, we found out WHY the leadership in the Adventist Church has backed the Government agenda of trying to force everyone to get a Corona shot by their MANDATES.  You guessed it! MONEY.  They receive so much financial aid from Medicare/Medicade, to the tune of 21 BILLION a year….that it far out weighs the tithe they might lose from a few unhappy members.  But I digress….so back to topic.

A very good friend of ours, Doug Yowell, has been collecting articles in SDA Church papers and other places for many years, on the subject of Abortion/Adventism and he has quite a collection.  We wanted to try to share some of them with you here. 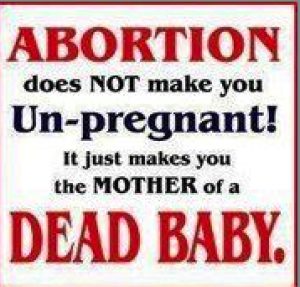 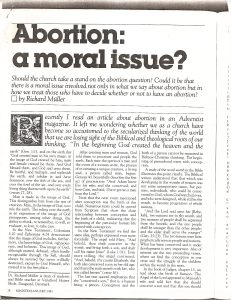 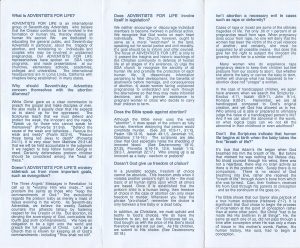 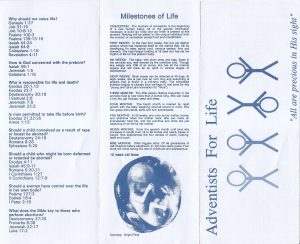 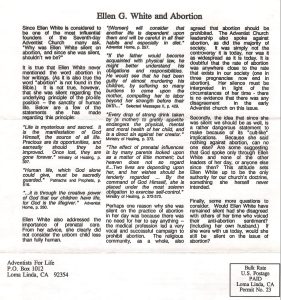 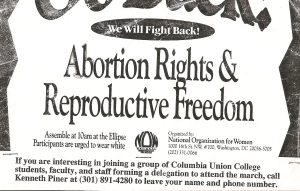 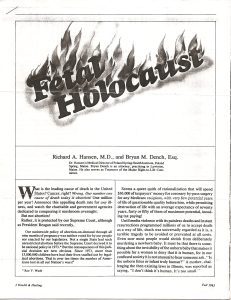 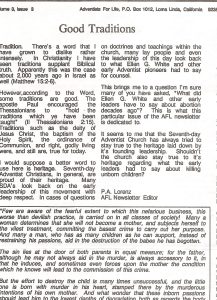 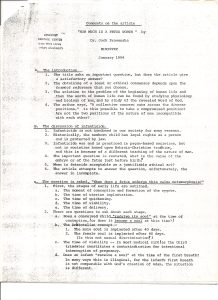 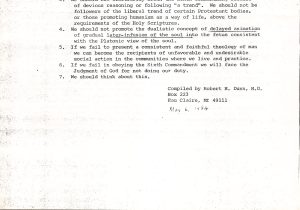 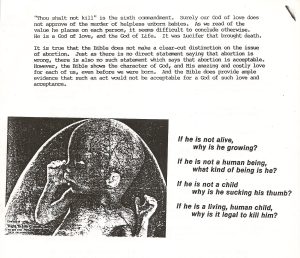 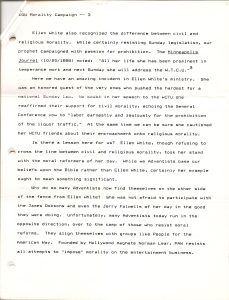 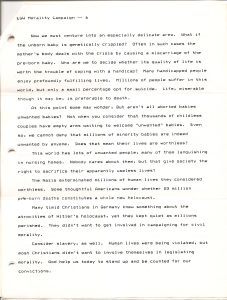 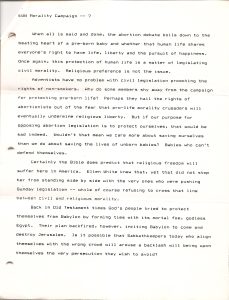 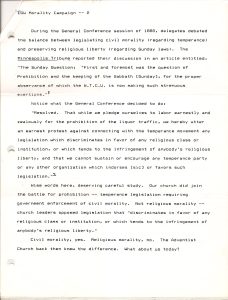 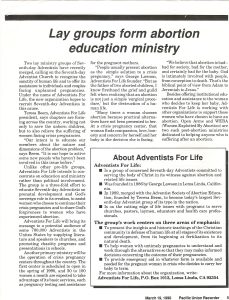 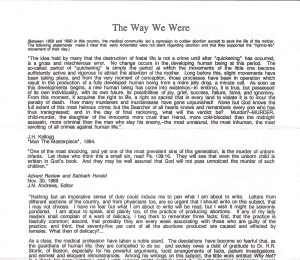 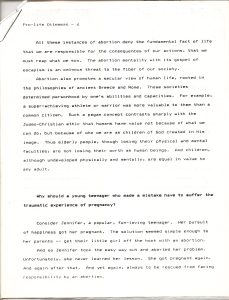 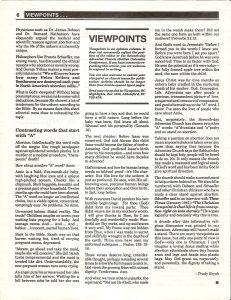